We will give you all! 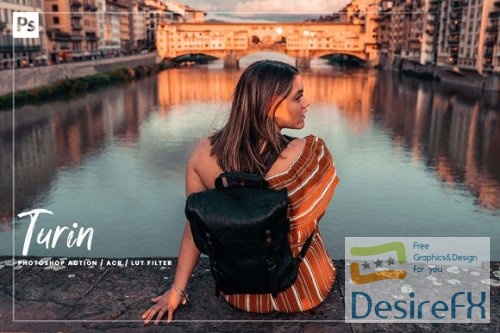 ***
The Turin project is based on the name of this city in Italy
Coffee lovers know that Turin is known as the coffee capital of the world.
By applying the presets of this product, the colors of the images become softer and some colors change (red to orange) (green to yellow) to create the feeling of an old city like Turin for your images.
LUT is one of the most widely used files that can be used in various software
such as premiere pro, after effect, final cut pro, DaVinci.
INCLUDED?:?
08? ?Photoshop actions? (.?atn files?)?
08? ?ACR presets? (.?xmp files?)?
08? ?LUT presets? (.?cube files?)?

SCAN THIS QR CODE WITH YOUR PHONE